Autotask is a complete IT business management platform, designed to drive success for MSPs. Its features range from project and account management to billing and service desk functionality. The integration with Resello enables Autotask users to use the Resello automation platform to provision Microsoft CSP solutions, such as Office 365 and Microsoft 365 subscriptions.

Easily set up the integration with support from your account manager. Fill in your Autotask API key and get an overview of all mandatory fields, such as ‘contract billing preference’ and ‘Contract period time’, prefilled with data from Autotask. All fields can be changed where necessary. 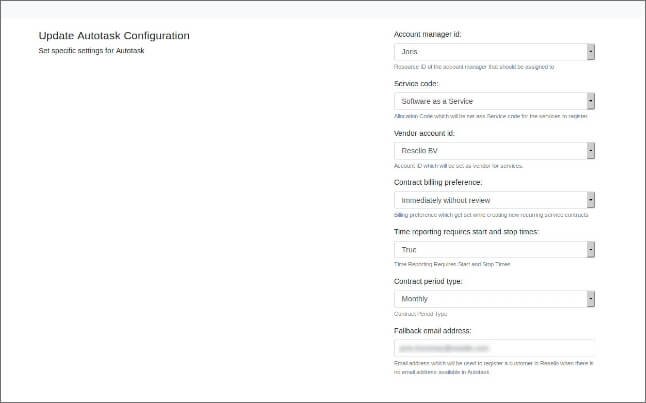 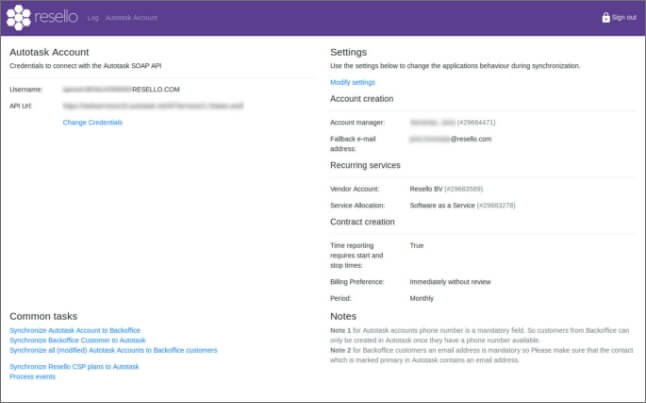 Use the Resello automation platform to provision Microsoft CSP solutions such as Office 365 and Microsoft 365. The integration supports creating, upgrading, downgrading and deletion of subscriptions for both new customers created in Resello or exisiting customers imported from Autotask. Common task act as shortcuts for the most used functions, such as importing an account from Autotask to Resello.

Customer data is automatically synchronized between Resello and Autotask. You decide which data source is leading, Autotask or Resello. Billing data gets automatically pushed through the integration to Autotask ready for invoicing. A sync overview gives you insight into synchronization status, with error reporting and retry functionality. 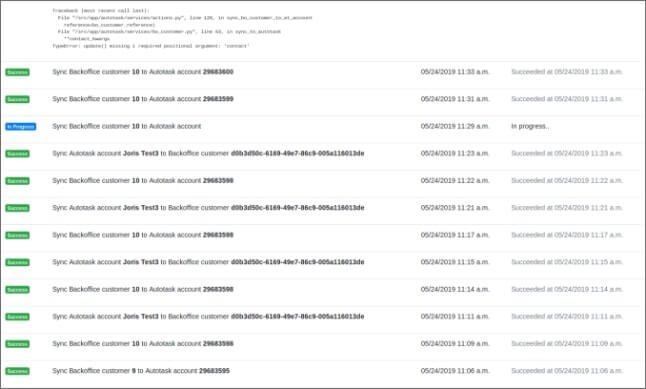 Benefit from our pay-as-you-go model

Our automation platform is offered free of charge, without up-front investments or set up fees requirements. As our partner, you only pay for what you sell to your customers and provision through our platform. The more successful you are, the more successful we are. It's that simple.

Only pay for what you

sell to your customers

no set up fees

Ready to accelerate your business?

Interested in selling Microsoft CSP using Autotask and Resello as your CSP Indirect Provider? Schedule a demo with us. We will walk you through the Resello platform, answer any questions you might have and talk about how we can support your business.

Ask me about Autotask

Got a quick question? Contact me directly about Autotask.